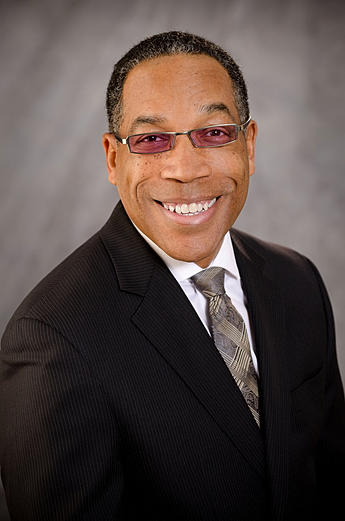 “The doctor of the future will give no medicine, but will interest his patients in the care of the human frame, in diet and in the cause and prevention of disease.”~ Thomas Edison​​

​
Dr. Budweiser is dedicated to the belief and philosophy that the mission of the medical industry should be to assist people with attaining health freedom.  Thus, his vision involved earning his credentials as a Doctor of Chiropractic from the Los Angeles College of Chiropractic in Whittier, California.  He has more than 20 years experience as a chiropractor and a 30-year history in nutrition.
​
Dr. Budweiser was born in Los Angeles, California, yet his parents moved to Las Vegas, Nevada when he was just two years old.  As the eldest of five, he felt it important to exemplify a positive role model for his brothers and sisters; thus, his quest began.  He used his athletic abilities and earned recognition as an All American in Baseball and Basketball, which earned him an athletic/academic scholarship to Pepperdine University.  Upon graduating, Dr. Budweiser played basketball professionally in Mexico, but his dream of completing his goal as an authority in nutrition was yet to be realized.  He persevered and began his professional preparation after receiving his Chiropractic degree.

It was in 1997 that Dr. Budweiser founded Weiser Living; a concept that helps assess an individual’s wellness profile using 3 main categories: Lifestyle, Environmental Intake and Nutrition. Weiser Living then outlines simple, yet powerful strategies for developing an effective and unique Weiser Living Plan. Dr Budweiser has an uncanny ability to identify and address the wellness needs of each individual who is ready to listen and take action.  It is his firm belief that everyone, given proper education and a Weiser Living Plan, has the ability to make the correct choices for themselves as well as for their family members and take complete control of their health.

As a neuro-musculo-skeletal expert, Dr. Budweiser is one of the top  speakers in the world in the field of nutrition and wellness.

Predominantly pulling his wisdom from 3 books, The Bible, Think and Grow Rich and the Physician’s Desk Reference, and with his background in scientific nutrition, anatomy and physiology, and neurology , Dr Budweiser shares his knowledge on health, wellness and abundance…. As an authority in his field, he is a highly sought after international speaker and educator and has been featured on several television and radio stations across the globe! He is an expert in the human frame and wellness and has been wildly successful in using The Weiser Living concept to help others regain their health and wholeness.

Dr. Budweiser has a genuine care and concern for people and his work ethic can only be defined as a “relentless pursuit”.  He is a firm believer that healing and wellness are available to everyone, as long as they are receptive to the Weiser Living philosophy, and are willing to go the extra mile to hold on to their wellness.
When not travelling and speaking, Dr Budweiser and his wife and business partner, Tinna, live in Las Vegas Nevada with his two adult children, Budweiser III (Trey) and Victoria.